This specific example came from a Wouxun KG-UV3D, but some of the lessons learned could apply to all sorts of radio behavior.

The HT was loaned out to a prospective ham for monitoring nets.  When it was returned, I found that it would just give a tone any time the PTT was pressed, and would not transmit.  I figured that the guy who borrowed it ended up in a menu, pressed something, and would  hav no idea how to describe what happened.

I used Chirp to flash to a current image.   Chirp does not specify this radio, but choosing the KG-818 version allows to read and write to the radio. 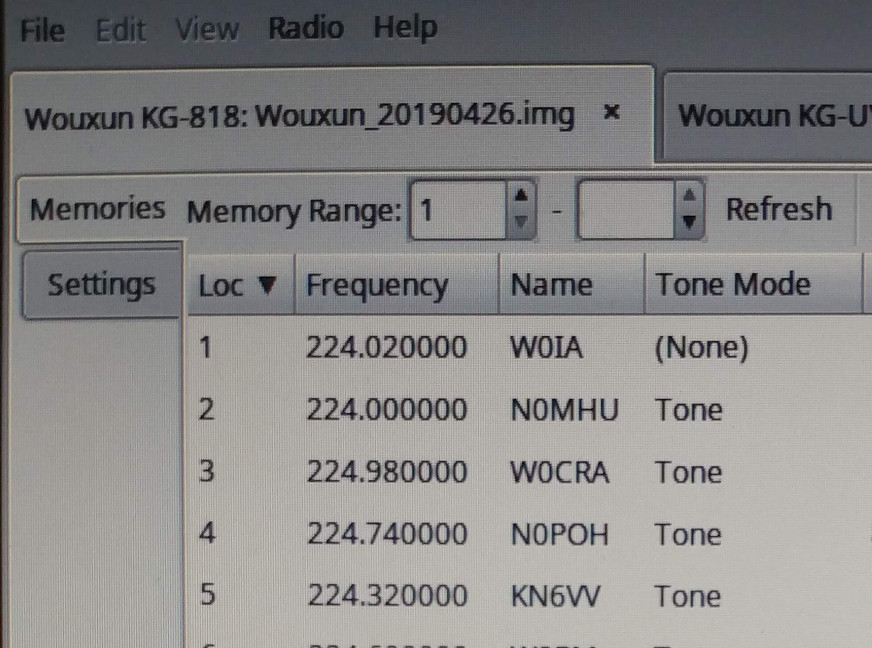 The new codeplug in place, I found that it was announcing all things in Chinese, and going to the menu, I could select options, but it would not save them.  Some further investigation showed that this radio only has memory slots for 128 frequencies, and since I had loaded 130, it defaulted menu memory space to defaults and would not save changes in that area.  Removing 5 repeaters, I also noted that this particular model is marked as "dual band" on the radio, but those bands are 2m  and 1.25m (instead of the usual 2. and 70cm).  I wiped all the 70cm repeaters and populated all the one-and-a-quarter repeaters in the area. 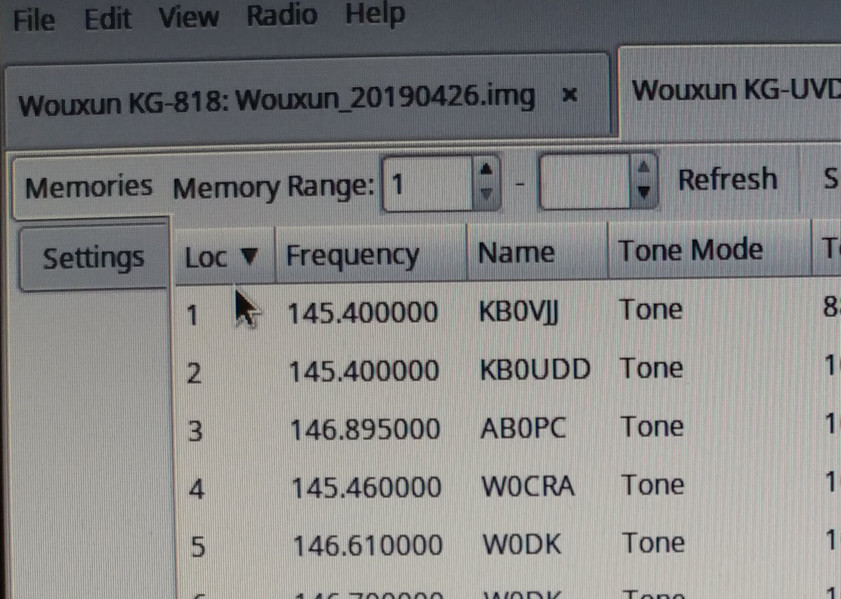 With the new codeplug running, I found that changes to menu options are being saved, but the tone on PTT is still happening.  N0KEG had a look at it and noted that the root part of the .img was missing data.

Looking at the "settings" tab for the codeplug image,  it became clear: 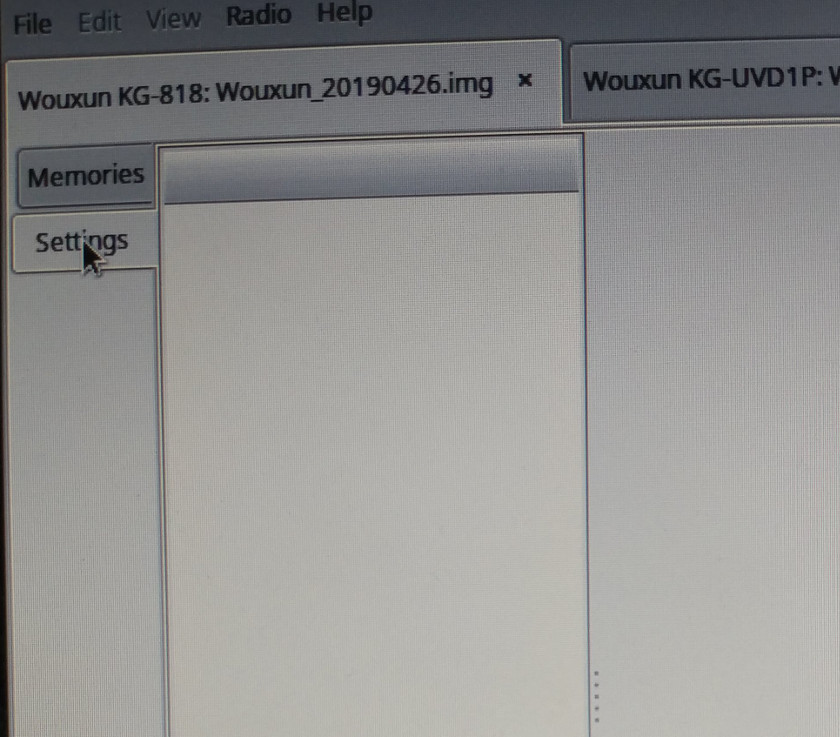 I checked through my catalog of old codeplugs from this radio and found one with all of this data.  From that codeplug .img, I was able to re-populate the 2m and 1.25m repeaters, making sure not to hit the limit of 128, and write to the radio.  The radio is up and running.

One of the "settings" areas for this radio shows a page of "frequency ranges".  Since this information had been missing from the radio, it could not logic-check that it was in legal range for the band, and would error. 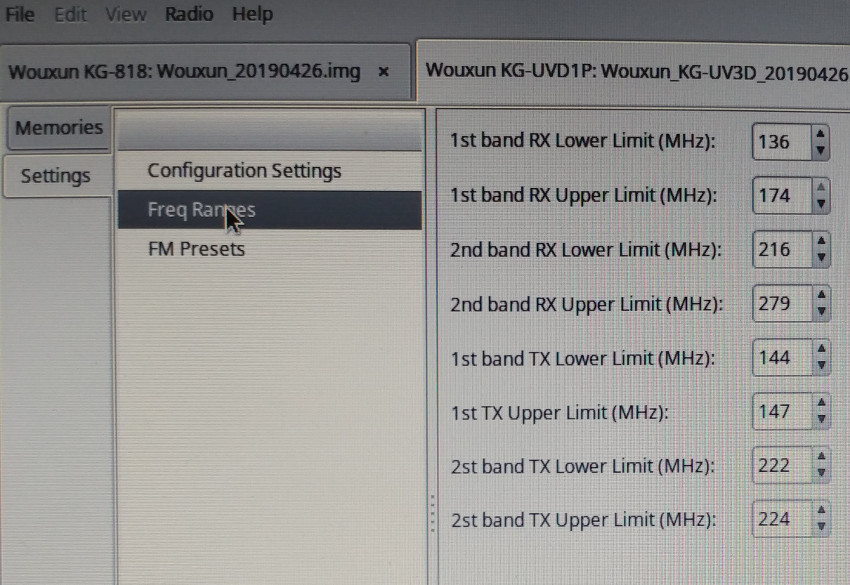 Since the specific model isn't listed in Chirp, Chirp does not disallow me to write too many memories.

Thanks to N0KEG for the sanity checks!

I love a good buffer overrun!

CHIRP is certainly handy but I've seen it do all kinds of weird things to radios. Even on officially supported radios like my BTECH UV-5X3, I could make it load invalid configuration options.

This reminds me of a similar experience with my Kenwood TM-V71A. I normally keep it in crossband mode to W0CFI when I'm out of the shack/shop. When the radio is in crossband, all front-panel controls are disabled. I also wrote a custom CAT control interface from Allstar for the radio a while back and I quickly discovered via CAT I can change whatever, whenever I like; even when crossband is active. Handy for flipping over to the Thursday simplex net from my the comfort of my recliner! Thing is, it'll also let me do REALLY stupid things like set the input and output to the same band / frequency. You've never seen a radio more pissed than one trying to TX and RX at the same time.