PRA Elmer Committee
K0EKA Tech Note #5
Magnetic Loop Antennas
If you need help with any items described here, ask an Elmer at the monthly PRA Elmer tech night!
Since moving to assisted living in 2010, I have had operate with “compromise” antennas. Three years ago I rented a patio home in an “Active Adult” community in Aurora, Colorado and have mainly been operating the new digital modes using WSJT-X mode FT8. At first I had a fan dipole over the house, but the Walnut tree on one end died, and was removed. A friend of mine and I became aware of “Magnetic Loop" type antennas, and I decided to experiment with an all band design using two loops that switched automatically from a larger loop to the smaller loop above 40 meters. I felt that this design was a compromise of basically a compromise antenna to start with. I never got close to 1.0 SWR on any band using two driver loops. I then proceeded to design single band loops and had better success using them. The results are shown in the attached drawings (An Antenna Farm in my Garage). Please note the gamma matching must be done experimentally for each antenna after all the loops are installed.
W9KFB is my former call, I am now again K0EKA, the original 1956 call issued to me in Iowa. 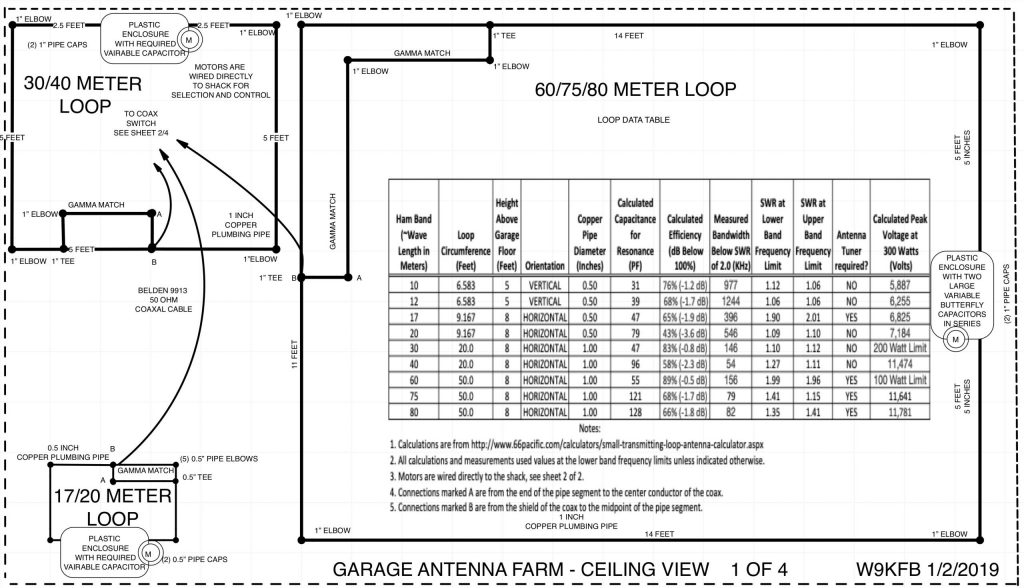